Confessions of a Weight Watchers Newbie 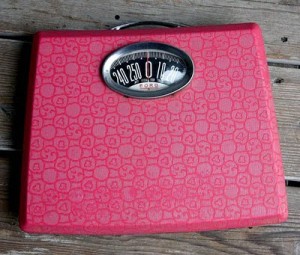 I’ve been doing Weight Watchers for about three weeks now. Out of the gate, I rocked it – losing four pounds in the first week. Since then, it’s been an uphill, or should I say “upscale” battle. I lost a tad bit the second week, and maintained the third week.

My most recent weigh in was particularly frustrating. After having stayed diligently within my points range all week, I managed to gain two pounds. *Dejected sigh*.

However, what happened following that discouraging reality check is what frustrates me the most – my reaction. I completely dove head first off the Weight Watchers wagon. For two days I didn’t count anything, and made some particularly unhealthy food choices several times over.

Why doesn’t disappointment like that fuel me into positive action? It should motivate me to want to work harder and eat smarter, right?

Maybe owning up to my ridiculous response is the first step to making a change. Better go find where that wagon went and haul my fat butt back on it.