A Cayman Islands Getaway is Always a Good Idea 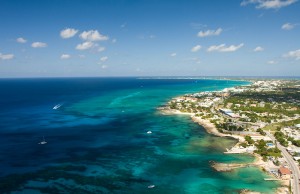 There’s so much to love about the Cayman Islands.  I could seriously plant myself on Grand Cayman for a week and be sated with the shopping, excellent dining, and varied attractions at my sandy toe-tips.

But I would really miss out.

Whether you’re drawn to the more than 2,000 rock iguanas that call Little Cayman home; or an active outdoor adventure Cayman Brac’s rugged topography provides, the distinctive sister islands have your back.

Self-guided snorkeling is fun, but you can also take it to another level in Stingray City. Here you have the opportunity to swim with, touch, and even feed these graceful creatures. 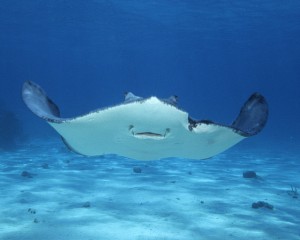 This “city” developed after stingrays began gathering in the area decades ago when fisherman used to clean fish on the shallow sandbars—leaving behind a feast for the rays. Soon the creatures began to associate the sound of a boat motor with food. Acquarius Sea Tours is the company we went with, and had a great experience. 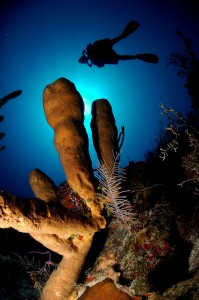 I’d certainly be amiss if I failed to mention one of the Cayman Islands’ prime attractions – diving. Regarded as one of the top diving spots in the world, the Caymans offer a unique experience because these islands are actually tips of underwater mountains.

With more than 159 dive sites to choose from, the avid diver may have to extend her vacation to hit them all. A sunken 330-foot Russian warship on Cayman Brac attracts a plethora of marine life. Bloody Bay Wall, on Little Cayman, is said to have the best drop offs in the Caribbean.

The Atlantis Submarine offers underwater exploration for non-divers of any age. This passenger submarine takes you 90 feet below where you can explore the wreckage of the Callie, a steel schooner built in 1900 and spy hundreds of tropical fish, a hawksbill turtle, or a reef shark, among others. 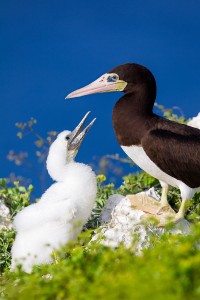 On Little Cayman, Booby Pond Nature Reserve is ideal for nature enthusiasts, avid bird watchers, and people who get a kick out of saying the name out loud. This 206-acre habitat is home to one of the hemisphere’s largest breeding populations of red-footed boobies and a substantial colony of swooping frigate birds. Herons, West Indian whistling ducks, egrets and black-necked stilts also live here.

Sighted by Christopher Columbus during his last voyage to the New World, the Cayman Islands were given the name Las Tortugas by him because of the large number of turtles he noted. 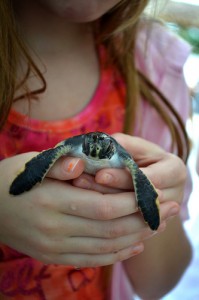 At the Cayman Turtle Farm, Cayman’s largest land-based attraction, you’ll appreciate Columbus’ naming choice. Home to over 16,000 sea turtles, this farm provides visitors a first hand look at these endangered species being successfully raised for preservation.
Kayaking amidst mangrove forests, lagoons and wetlands of Grand and Little Cayman; exploring caves on Cayman Brac; or horseback riding on Barker Beach are other outdoor options for nature lovers.

Other options include a tour of the Cayman Islands National Museum, one of the Cayman’s few remaining 19th century structures. Its collection is comprised of over 2,000 items, some of which include rare documents, old coins and other treasures.

Also fun, is an excursion with Pirates of the Caymans aboard the Jolly Roger, a replica of a 17th century Spanish galleon. It’s complete with fully equipped firing cannons, plank walking and sword fighting.
With so much to see and do, you may be tempted to skip a meal to fit it all in. But dining in the Caymans is so worth the interruption. Grab a bite at one of these local establishments while you’re here:

Nestled within Paradise Villas, the Hungry Iguana on Little Cayman serves up delectable Lionfish fingers, and boasts generous portions. It’s not hard to find, as it’s the only full service, a la carte restaurant on Little Cayman. 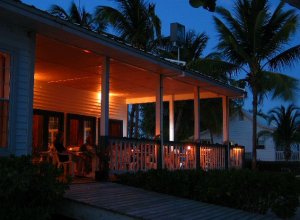 Cayman Brac’s Star Island Restaurant is known for scrumptious local cuisine and large variety of Asian dishes. Check out works from local artists – and even take one home. Don’t leave without trying their conch fritters or homemade key lime pie. 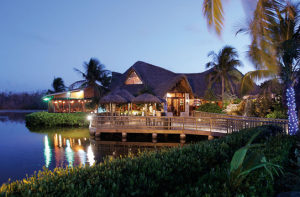 Ristorante Pappagallo offers a secluded setting on the edge of a lagoon and within a 14-acre bird sanctuary. Feast on lobster and shrimp sautéed with chopped tomatoes, mushrooms and green onions in a flaming brandy tarragon cream sauce, among other tasty items.

Places to conk out at night are as numerous as the above diversions. Here are a few. 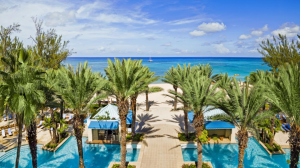 Photo courtesy of the Westin 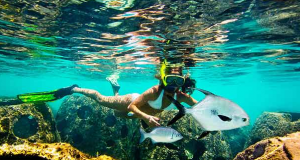 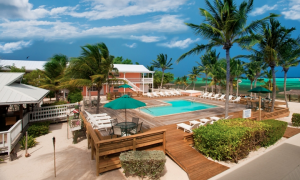 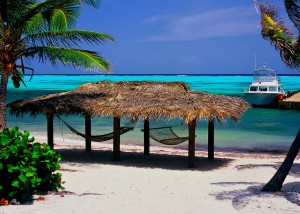 I don’t know about you, but I’m ready to pack my bags for a return trip to the Caymans. Happy travels!