What better time to explore the haunted side of the Caribbean than Halloween week? Trade in your sun-kissed swims and relaxing spa treatments for a darker diversion. Here are five must see places to get your scary on. 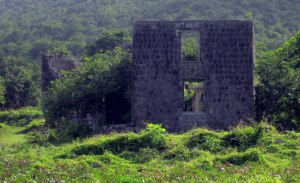 Located on the eastern side of the island (near Butler’s Village), are the ruins of Eden Brown Estate Great House and plantation grounds. It’s been abandoned for quite awhile, so the atmosphere itself is enough to incite chills.

Built around 1740, it’s the site of a wedding day tragedy that occurred in 1822. After a heated argument, the groom and his best man killed each other in a duel. Having lost both her husband and brother, the distraught bride-to-be never recovered, and became a total recluse. Locals claim that at night you can often hear the sound of wailing and sobbing from the forlorn fiancé. 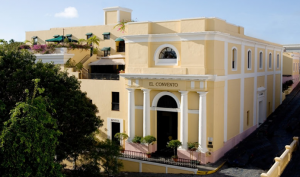 Dating back to the 17th century, this historic Old San Juan beauty was once the home of a grieving war widow – Dona Ana. After her husband’s death, she turned her home into a convent and became its Mother Superior. Guests report sounds of swishing robes and sightings of nuns throughout the corridors and floors of the hotel. 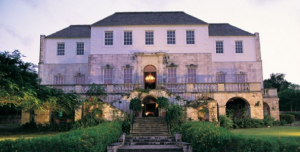 Here you’ll get the grisly details about the legend of Annee Palmer, the White Witch of Rose Hall. Apparently, not content to live the life of your typical plantation owner’s wife, Annie killed her first husband. Her second and third husbands didn’t make out too well, either. She was reportedly a voodoo mistress, and a cruel slave owner who often ordered public whippings and torture sessions in the basement dungeon. Her presence is still felt in the plantation house, where the property’s bar and restaurant reside today. 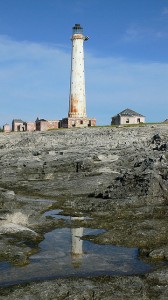 Originally built as a showpiece for an exposition in London in 1852, this 152-foot white tower is haunted by two spirits. The only casualty of an offshore wreck of a British supply ship was a young boy. People claim to see him wander the lighthouse premises. Also, in the late 19th century a shipwreck claimed the lives of everyone on board except an infant. The baby’s mother, known as the Grey Lady, is said to roam the grounds wailing at the loss of her child. Mystery seems to surround this particular lighthouse, as two lighthouse keepers vanished without a trace in 1969. 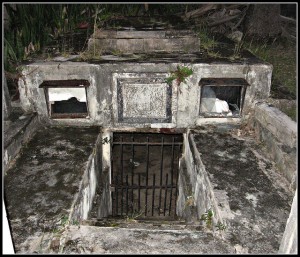 What “haunted sites” list would be complete without traversing through a cemetery at night? This mysterious burial vault is located at Christ Church Parish Church in Oistins. According to legend, every time this early 19th century vault was opened to receive a deceased family member, all of the existing lead coffins (that took eight men to lift!) were in total disarray inside the vault. Each time, the coffins were put back in place and the vault sealed securely. However, every time it was re-opened, onlookers were greeted with coffins in chaos.

Six Things to Add to Your Caribbean Bucket List